Spring is in full force.  All the trees now wearing their new leaves. As I worked in my garden, I found myself watching a pair of mockingbirds in courtship.  How their wings fluttered a certain way as they moved from tree to tree in some sort of dance.  I had not realized what a vast array of songs they could sing.  It was like listening to an old AM radio station. A throw back to when music was not played by any specific genre. Such an unexpected delight.

My corona anniversary date came and went without much ado or time for reflection.  What I did notice was that this past year has required an insane amount of flexibility.  Some days and months going from 100 mph to a complete stop and then back to 100 mph.  It has felt like whiplash to me.  My inbox became overflowed with appointment requests from folks who now feel safe after they have gotten their vaccines. I can honestly say, “I did not see this coming.”

So, as I revisited each client’s chart, I found it had been almost one year to the date since our last session. What a homecoming March turned out to be. A welcome back of so many to the bodywork table. It has also made me realize how different each of our pandemic fatigue looks like. How we all grieve for different things that we have lost over this past year.  How there are just so many days when it is hard to find any traction to get things done and some days you just have to root yourself down.

Here is a poem I return to in times when I just need to stop for a moment and take notice. It has truly helped me thru things I have not been able to process this year.  It is my hope it will offer something similar for you.

As always, in gratitude to you for taking a moment to check in with me.

Austin Body Therapeutic Center brick and mortar and hands on health
under temporary closure due to Covid-19. 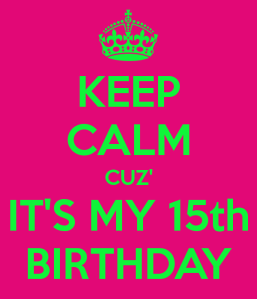 Does it always take an ‘aha’ moment and a detour in your path to make a big life change? At the time I began massage school, I had been practicing orthopaedic physical therapy with a hands-on approach for almost a decade. Healthcare was in an updated version of managed care, and we were being asked to see double the number of patients of only one year ago. Combating this chaos, I choose to race my bike at the highest level I could.

Aha moment
The Tour of the Gila, a five day stage race in the mountains of southern New Mexico, was calling my name. In order to make this happen, I knew I had to improve my descending skills if I was to stand a chance against an elite women’s field. To hone my skills, I signed up for the Carpenter/Phinney bike camp in Frisco, Colorado. It was the opportunity of a lifetime to be a kid all over again. Under the skilled reins of, Olympic gold medalist Connie Carpenter, and Team 7-Eleven sprinter extraordinaire Davis Phinney, I got the skills I needed, and of course so much more.

On day 2 of bike camp, we set off to summit and descend Vail pass. My task was to stay with my ride leader so that I could get some one-on-one pointers on the tricky downhill. It was a magical day as I witnessed, a 7-Eleven teammate, Ron Keifel literally dance down the tight, steep switchbacks of the narrow descent. As we flew down the long downhill into town, my descending skills were forever changed. The rest of our group was still behind us, and as they went down this fast hill, a few riders connected wheels and hit the road. One of them happened to be my roommate, Erin. She had a huge red and purple hematoma on her outer hip to show for her unplanned dismount.

As luck would have it, the camp guest that evening was the Team 7-Eleven soigneur from their days of racing the grand tours in Europe. Soigneur is the French word for the ‘one who provides care.’ Her livelihood had been to take care of the riders’ bodies, during those long 21 day stage races, with proper food, gear and massage. Crash or no crash, she had to make sure those cyclists were in their best form possible every day. I know this was no easy feat.

That evening, my roommate was still willing to get the massage she had signed

up for before her crash. As she headed out, she spoke confidently that they wouldn’t be working on her injured area anyway. Afterwards, Erin told me in complete awe, that her hip was just about the only area that the 7-Eleven soigneur spent time on. She remarked that it had hurt a bit while she worked on it, but it already felt better. With the word, ARNICA, carefully written on a scrap piece of paper, we were off on a mission to get something neither one of us had ever heard of. After all this was a small, quirky Colorado town that did have a health food store. Sure enough, we found the arnica formulated cream that she would apply directly to her bruised area. Both of us expressed our doubts that Erin would be riding the following day, as we each had experienced just how bad you feel the day after a crash.

The next morning, reporting just a little stiffness, Erin was up, dressed and ready to roll with her group. The physical therapist and the cyclist in me were absolutely amazed. One glance at her hip, and it was clear that the work the soigneur had done had changed the bruising and the swelling in less than one day. By the end of the week, there were almost no visible signs that Erin had ever crashed. How did she do that? Without any real awareness on my part, I know that this woman’s ‘art of healing’ got stored in with my ‘aha’ moments.

Detour in the path
While I was away at bike camp, President Clinton signed the ‘Balance the Budget Act’. On my arrival back in Austin, the upheaval in the physical therapy jobs in nursing homes and home health settings was huge. Losing their jobs, these P.T.’s were scrambling for work anywhere they could get it. Our hourly rates took a 10 dollar an hour hit. How could this happen, I wondered to myself? I had gotten my first taste of the volatility that exists in our health care system. 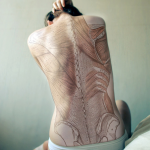 Big life change
I answered back by enrolling in massage school, and opened my own practice immediately after graduation.  September 24, 2014 will mark fifteen years. Every day, I am still astounded by the ability of the human body and spirit to heal. Each client along the way has taught me something. In the past five years of doing this work exclusively, the lessons have been exponential. I wish to express my gratitude to each and every one of you who has helped shape this amazing path.     Namaste- I appreciate the spark within each of you. 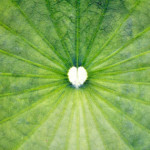 “What you seek, is seeking you.”- Rumi